HUGE PRICE REDUCTION! This two bedroom/one bath apartment is a renovators dream, bring your vision and make it a reality! Enter the apartment and hang your coat up in one of its NINE closets. Step into the oversized, west facing living room/dining room and out onto your private enclosed patio overlooking Riverside Church and take in the sunshine, greenery, and fresh air.

In addition, this approx. 950 sq. ft. apartment boasts an eat in windowed kitchen, accessible by the living room and entryway. A long hallway leads to the full bathroom, a generous sized linen closet and two well appointed bedrooms with two closets each.

This exciting neighborhood, NOCO (North of Columbia) is home to Columbia University, Barnard College, Teachers' College, Manhattan School of Music and both the Jewish and the Union Theological Seminaries.

Close to Whole Foods and Fairway markets, the Morningside Park Farmers Market and many restaurants including Dinosaur Bar-B-Que, Sushi Sushi, La Salle Dumpling, Chocolate, Starbucks, Toast, and Max SoHa to name a few. Around the corner you'll find Central Harlem's famed Sylvia's, Red Rooster, Babbalucci and Amy Ruth's restaurants along with The Apollo Theater, Magic Johnson AMC, Studo Museum, and great jazz clubs. The #1 train, one block away offers convenient access to all NYC's cultural centers, museums and the theater district. The A, B, C and D trains are a short distance away.

Well maintained & financially stable, Morningside Gardens, a pro-active community complex is the Upper West Side's best kept secret. The six buildings sit on 9+ acres of landscaped flowering gardens including fig and apple trees. Shareholders benefit from amazing amenities such as playgrounds, picnic areas and central state of the art gyms. There is a dedicated "Tweens" room with pool table & air hockey, table-tennis and group clubs and activities such as woodworking and ceramics to name a few. For new parents there is also a Child Day Care for the little ones! Each building in this well serviced cooperative complex has its own laundry room and live-in super in addition to trash chutes and recycling on each floor. 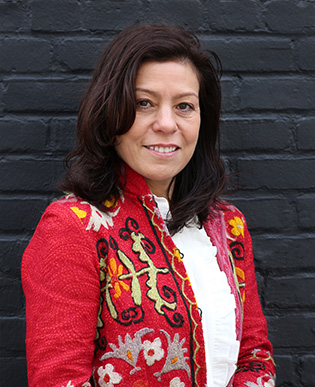 Juliet Klug has lived and worked in NYC for 18 years...

All information furnished regarding property for sale or rental is from sources deemed reliable, but no warranty or representation is made as to the accuracy thereof and same is submitted subject to errors, omissions, change of price, rental or other conditions, prior sale or lease or withdrawal without notice. All dimensions presented on any and all floor plans are approximate, and floor plans are compiled for spatial illustration only. For exact dimensions, please retain the services of your own registered architect or professional engineer.
Back
$ 685,000.00